‘Let us never forget what a precious resource we have in our care.’

These were the lines of my second Headteacher, at the time a rather stern and distant-seeming character, but in retrospect, kind and wise. These were typically sparse and carefully chosen words. He actually used them the day after the Beslan massacre, but the years of Beslan, 9/11 and 7/7, through all of which I taught in London, have somehow conflated in my head.

The bus bomb went off less that three miles from my school in Camden. At first, there were mutterings about a power surge, as we will all remember. 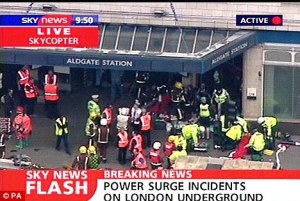 Then the calls from my journalist  husband began. ‘Don’t let anyone leave the school,’ he advised. ‘It isn’t safe.’ The Head listened carefully to the stream of advice and the gradual piecing together of a picture that would take days and weeks to fully stop feeling like a warped, black fantasy story.

The bus bomb went off less that three miles from my school in Camden. 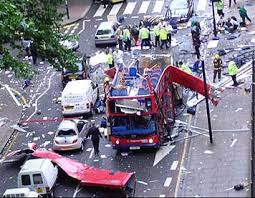 Many of our students had parents working in the vicinity of the attack. The students crowded around us, asking us questions. We were – in each of these horrors – encouraged to be honest and open and calm with them, and we stepped up. But we couldn’t offer false assurances. It was D’s 14th birthday, and he still hadn’t heard from his mother, working in the heart of London.

In a lighter moment, you’ll remember that this was the day after we won the Olympic bid over Paris. ‘Was it the French who did it?’ asked EM…

Students were gradually collected by parents and older siblings, but it became apparent that it would be a long wait for everyone to be accounted for. Those with children were encouraged to get home to them. The rest of us were asked if we felt we could stay, and the answer was instinctive and obvious. I’m probably romanticising somewhat with hindsight, but it seems that at that moment, of knowing absolutely that we were prepared to stay until the last child was accounted for, that a sense of something far bigger become apparent. Something that has stayed with me since.

As public servants, above teaching and ensuring learning and progress in the classroom, we have a bigger responsibility; we’re in loco parentis. It is our job to keep safe, to listen, to be a calm, purposeful presence. To offer the reassurance we can and provide the haven we must.

We were the lucky ones. The children, although they lost acquaintances and family friends, all returned home safely – or as safely as ever – to parents and siblings. But we felt deeply the shaking of the city we saw as home.

This job is bigger than we are. It is a huge responsibility and a deep privilege. Let us never forget this.

Finally, a clip in praise of the city I love. Today, I came across this again. I kind of miss Red Ken.

1 thought on “Let us never forget…”